Imperial Settlers: 3 Is A Magic Number!

I could not be more excited to bring you the news that my favorite game is getting an expansion! This announcement was released on the Portal Games website: 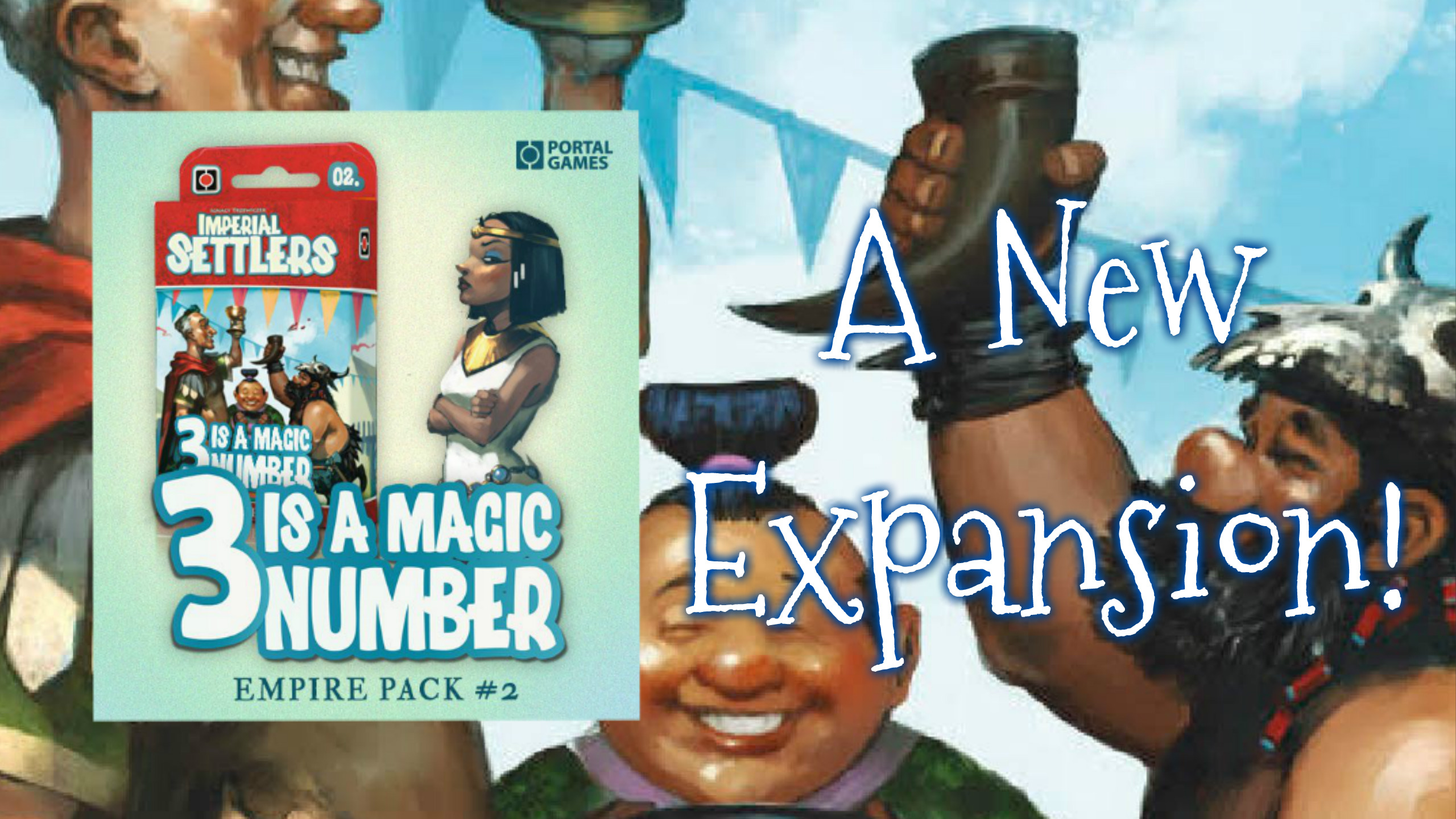 This expansion introduces a new rule: SET. This new ability allows players to score and trigger new effects each time they build 3 cards in a particular color, so called SET. With that rule drafting phase and choice of a right card to draft is even more interesting!

“I like the fact that with this expansion the draft phase gets even more interesting,” Said designer and CEO Ignacy Trzewiczek. “You are not only looking at the abilities of cards, but now you also want to collect particular colors to build sets and activate your powerful feature cards. It’s fun!”

This is incredible news to me. I’m ultimately looking forward to the new faction being announced the most (because come on, a whole new faction to play? The Atlanteans were great and whoever Ignacy adds next will be a ton of fun!) This announcement however introducing a new set collection type of mechanic will create a whole new level of depth and strategy to the game. You may be able to give up that power card to the player on your left if your set will be completed by a less desirable card, so many possibilities. I can’t wait to hear more but will update as soon as more word comes out! Until next time I’ll see you at the table!